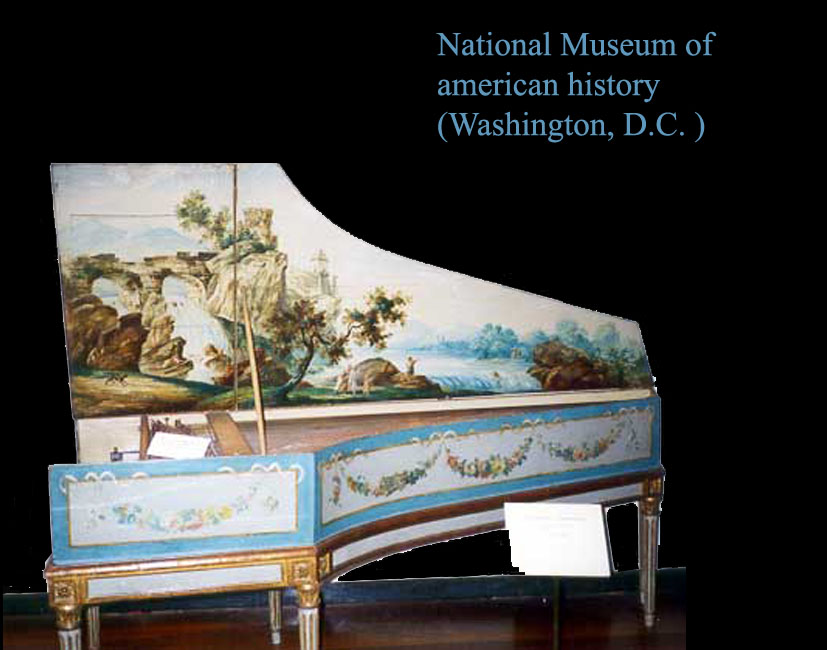 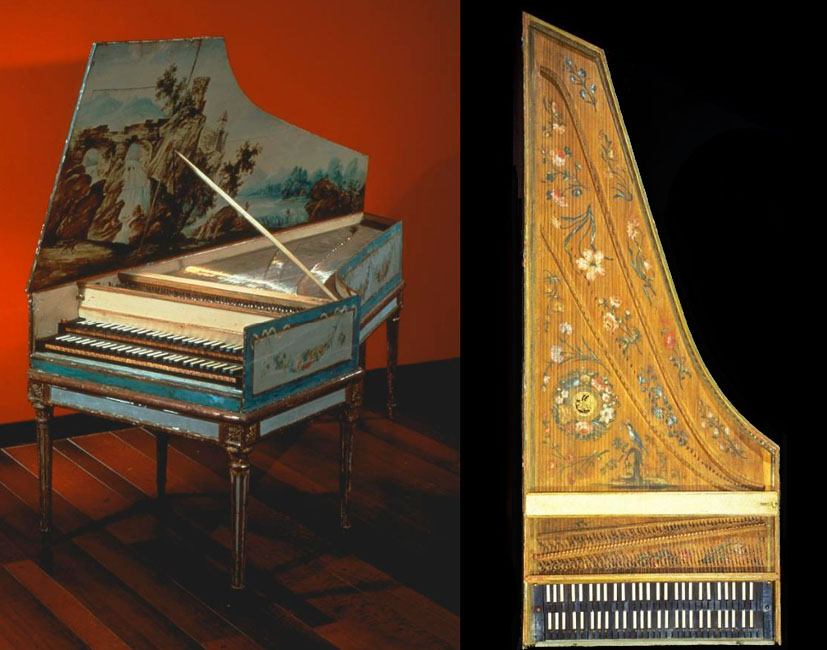 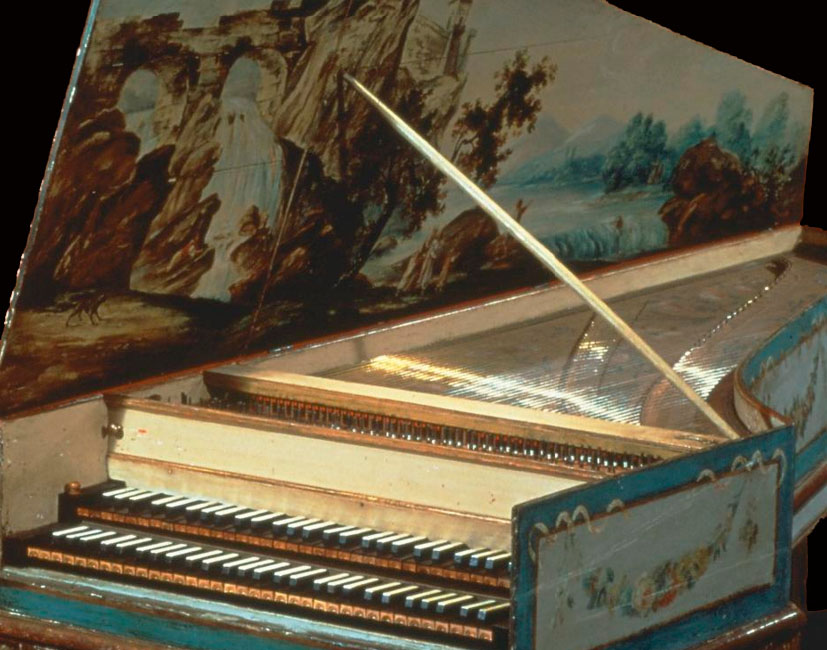 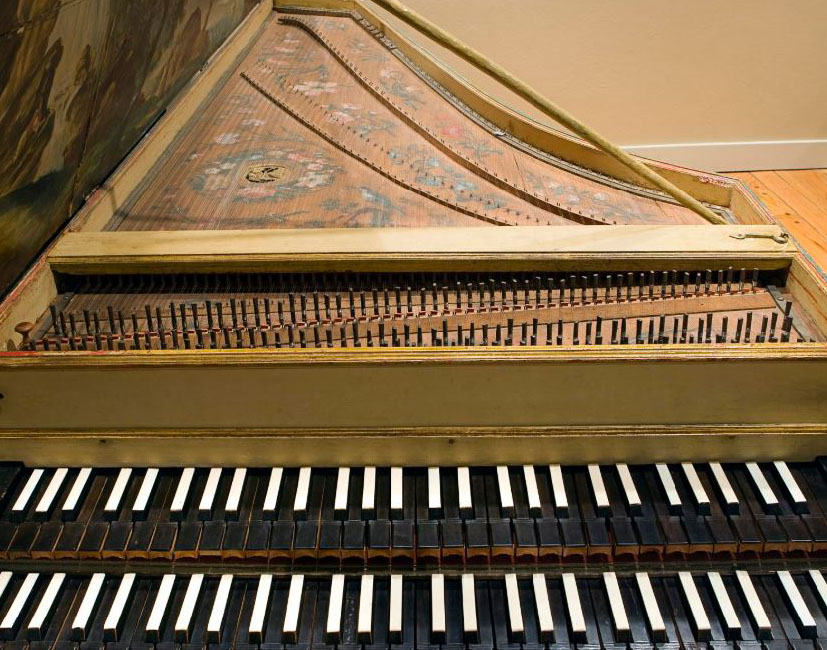 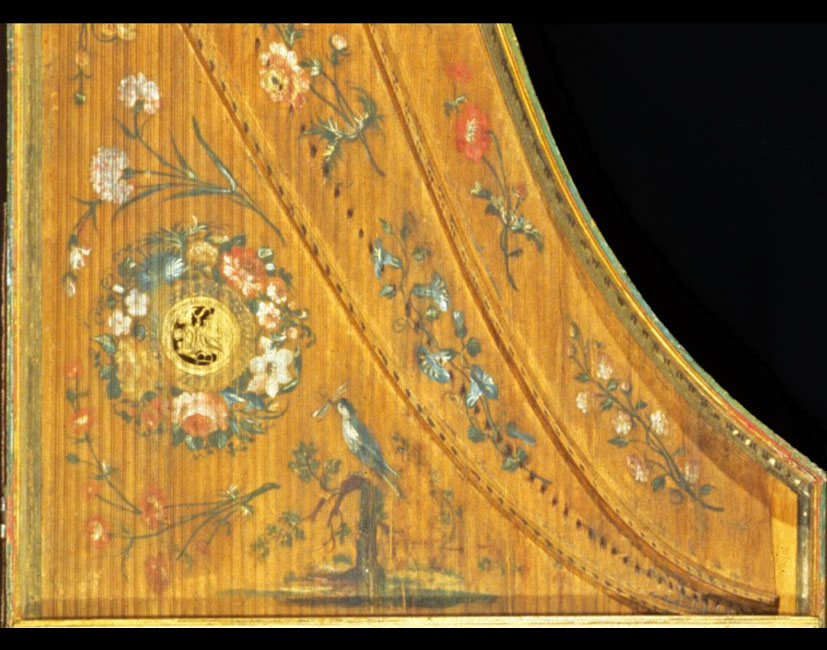 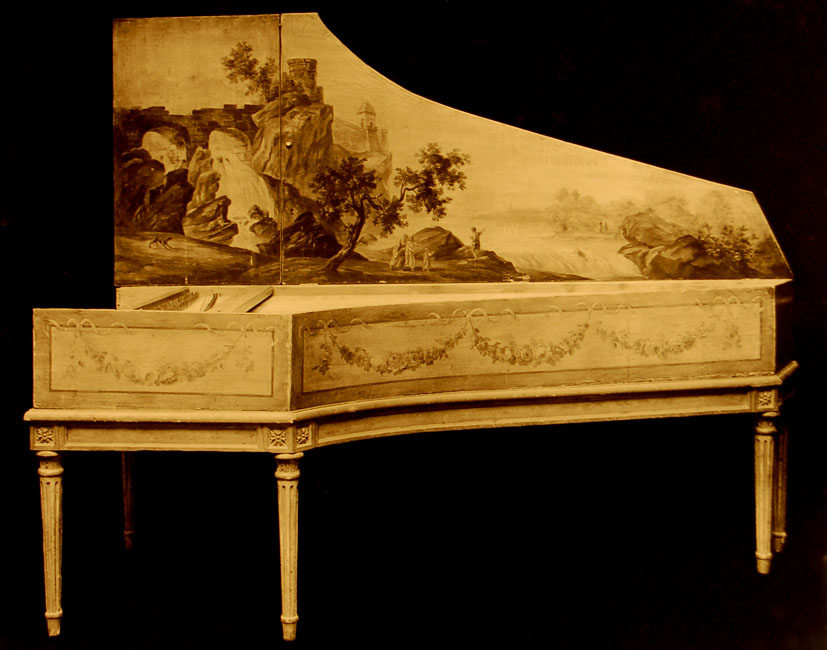 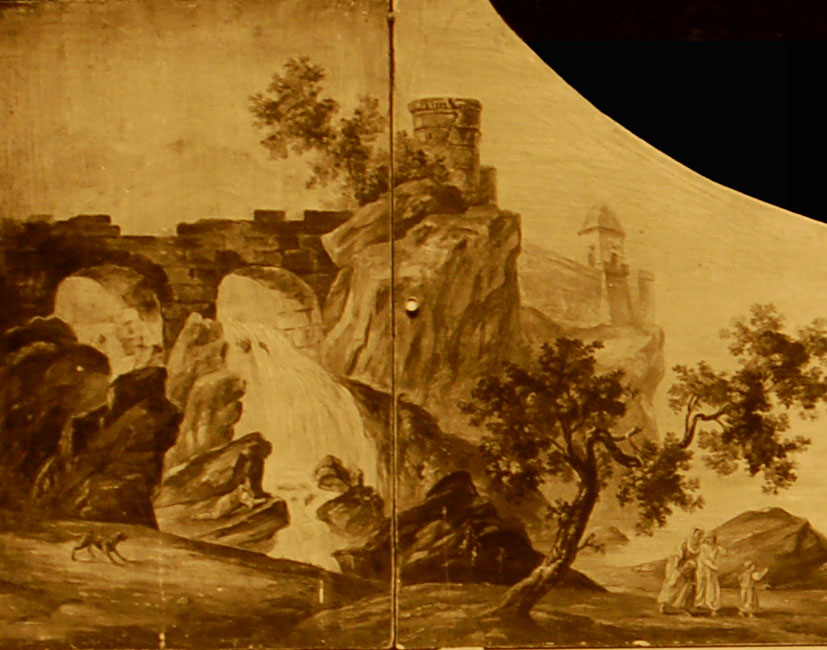 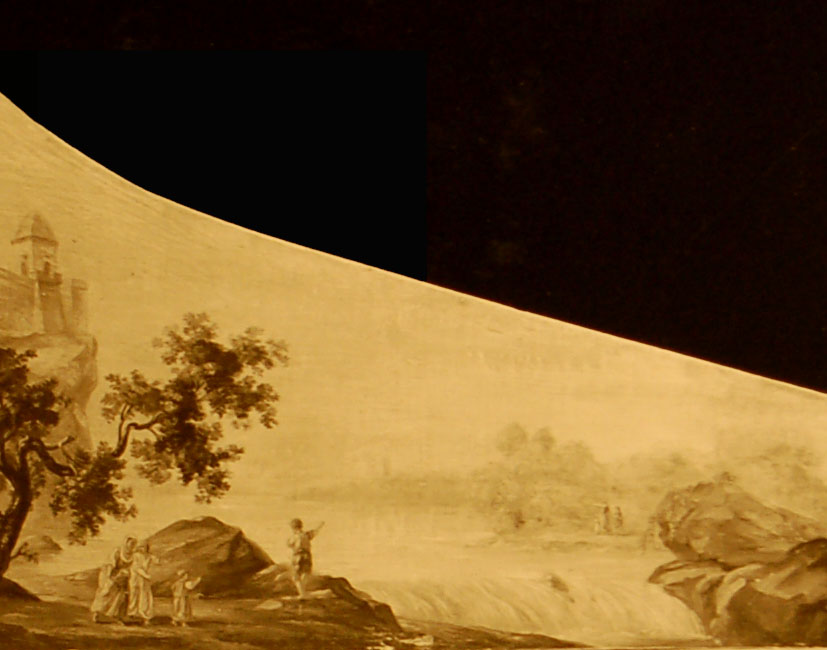 This instrument was made by Benoist Stehlin of Paris in the mid-1700s, the golden era of French harpsichord manufacture. Austrian-born, Stehlin lived in relative obscurity, devoting his life to the building of harpsichords. This is one of three known to survive. Another (dated 1750) is at the Museé Antoine Lecuyer in St. Quentin, France, and a third (dated 1767) at the Musikinstrumenten-Museum in Berlin, Germany. Government inventories of 1774 show Stehlin to have operated a thriving business, but many of his instruments, like those of his contemporaries, were destroyed during the French Revolution.Nonetheless, this Stehlin represents the classical French instrument, with a 4′-and two 8′-registers, plus a particularly attractive buff stop, which slightly damps the strings’ vibration by bringing small pieces of soft leather into contact with them near the nut. It is appropriate for much of the great French solo and ensemble repertoire, from François Couperin to Jean-Philippe Rameau and Jacques Duphly.This instrument is used in concerts and featured on recordings by the Smithsonian Chamber Music Society.Recordings currently available