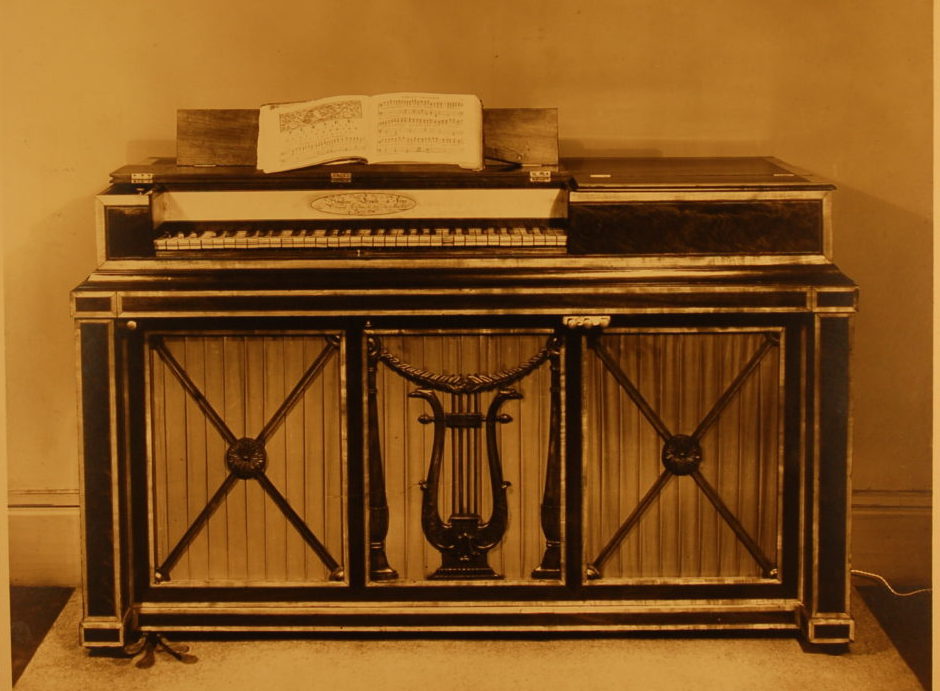 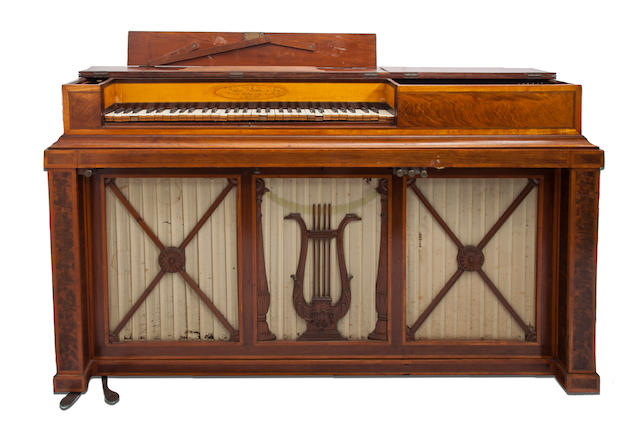 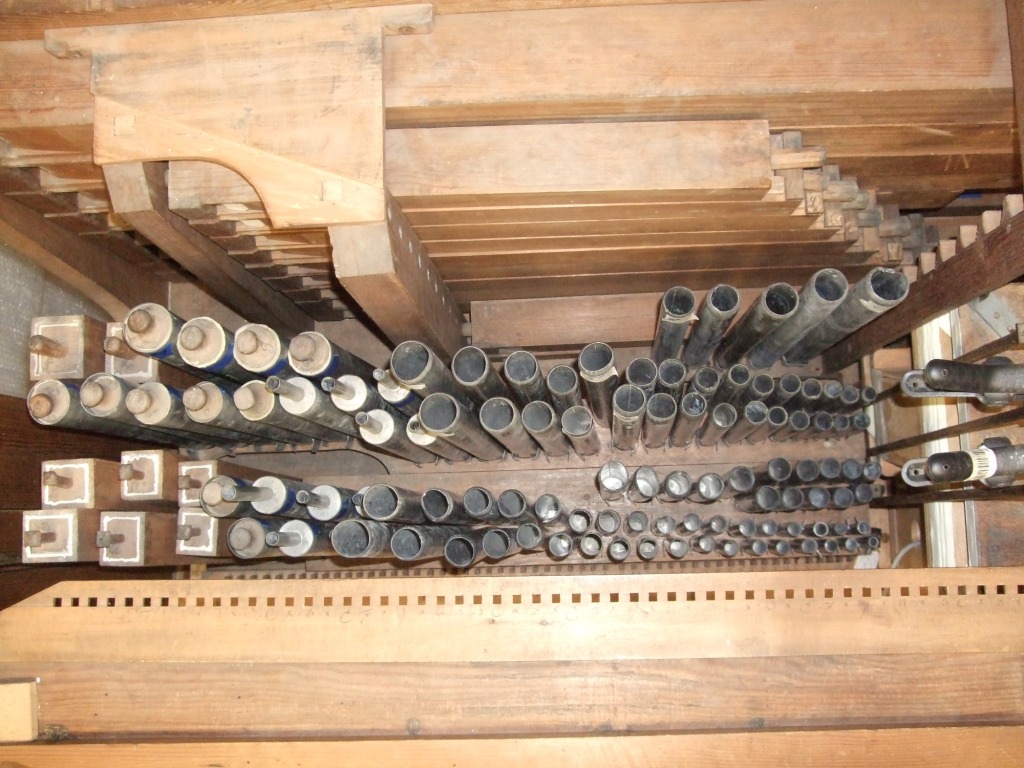 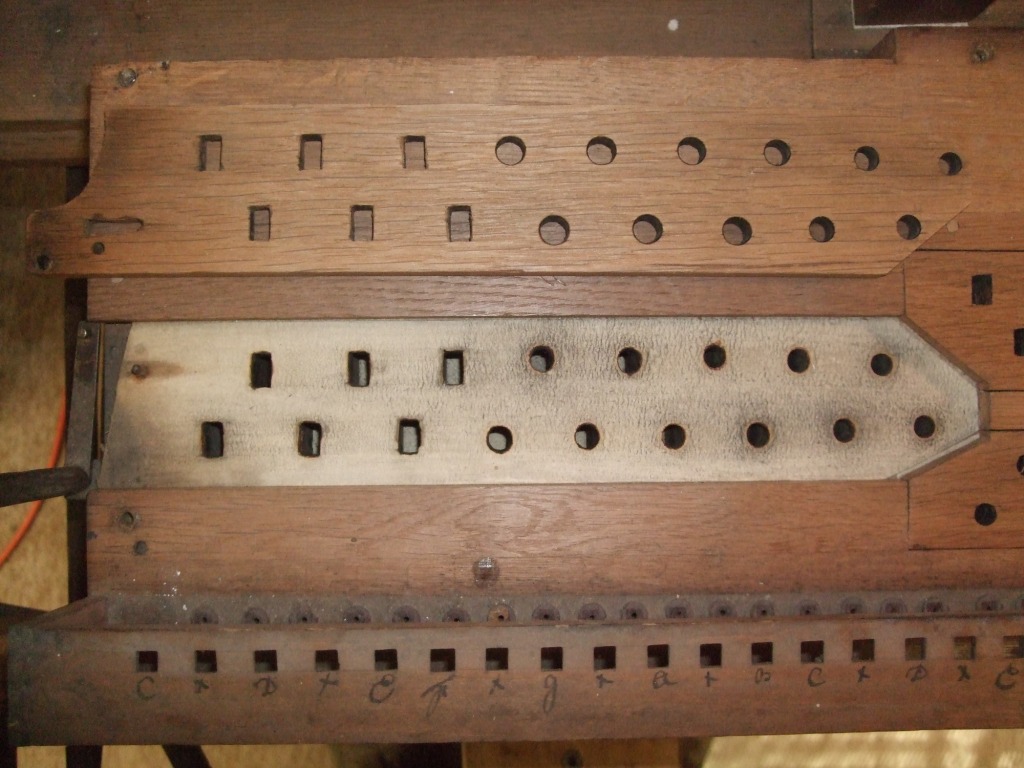 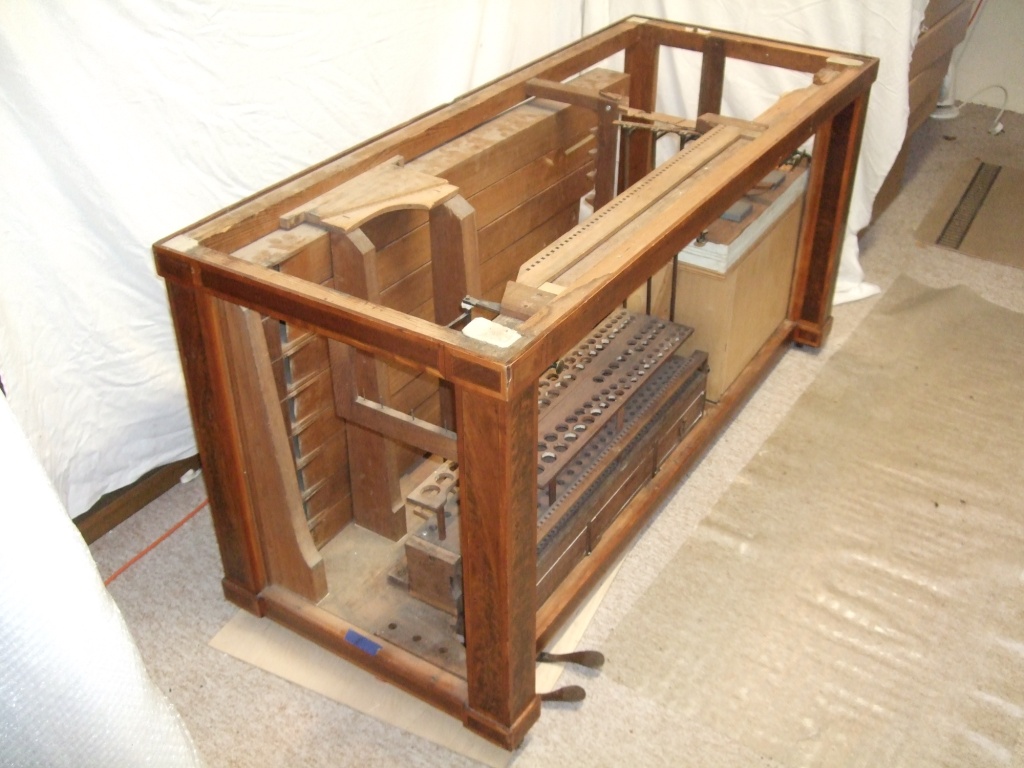 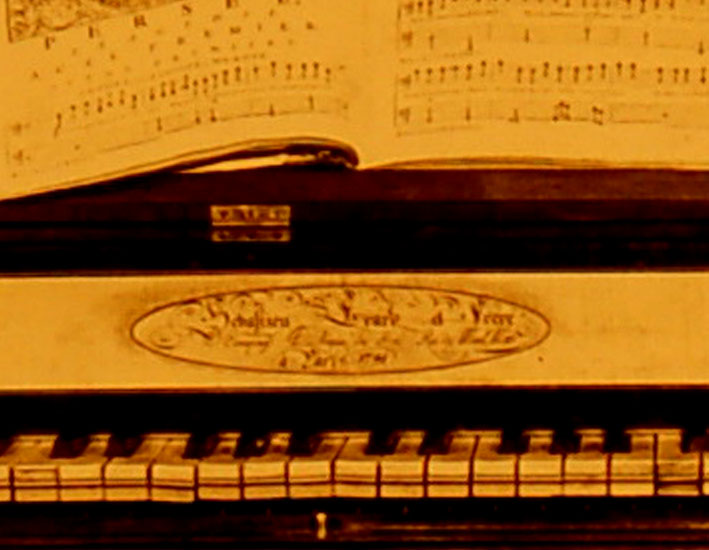 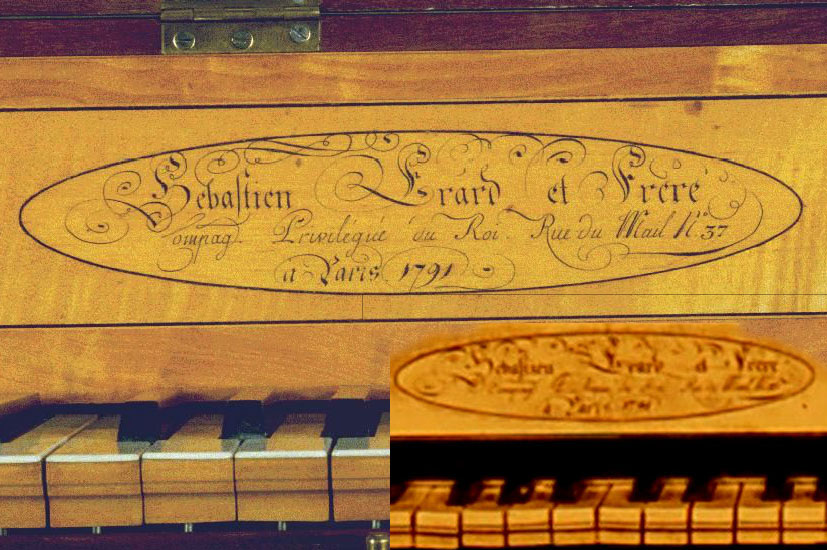 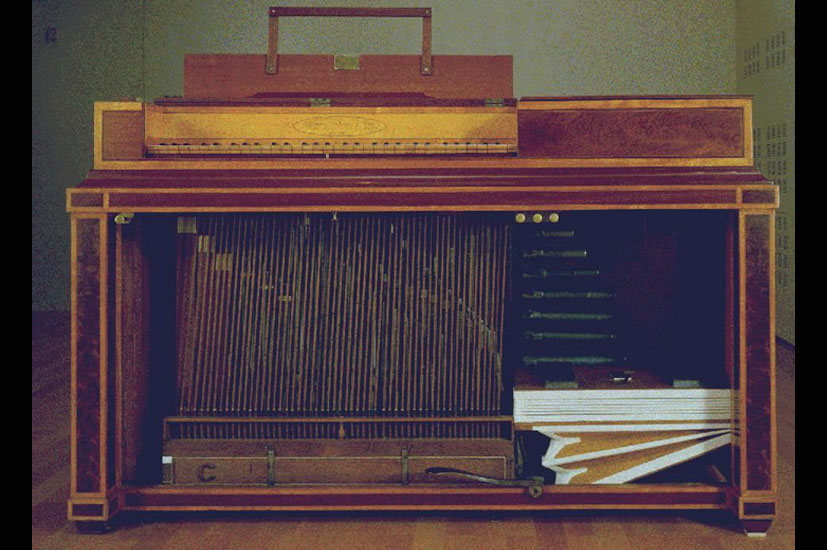 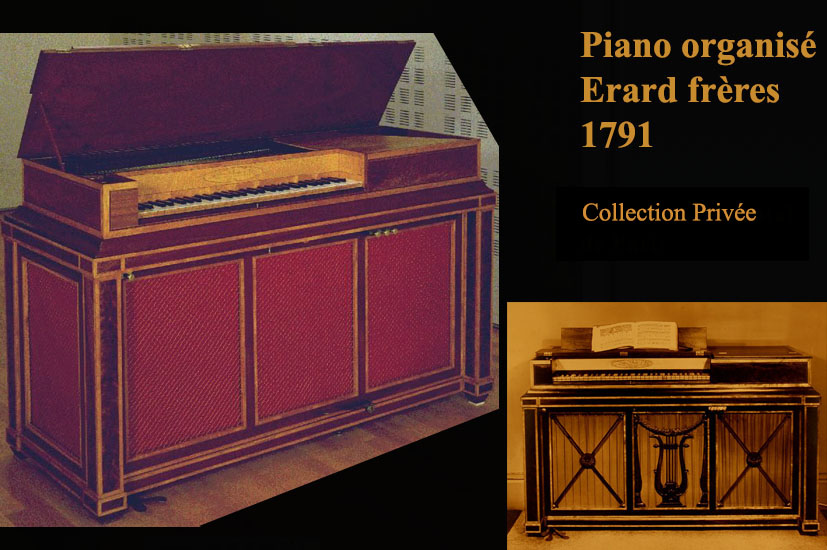 Paris, France, 1791
Sebastian Erard et Frere, maker
Mahogany, satinwood, and metal
Gift of M.H. de Young Endowment Fund
53479
The Fine Arts Museums of San Francisco acquired the piece on May 8, 1927 and it was sold at auction in 1991.

For the past month or so I have been working on the restoration of a remarkable survivor from Revolutionary France. I have been interested in organized pianos for some time and the 1791 Erard organized piano is a particularly fine example. An almost identical model from the same year is in the Cité de la Musique in Paris (see here) and it would seem that these two instruments are the only two that survive from about fifteen that Erard made in 1790 and 1791.
This is what the piano looked like when bought by the client for whom I am doing the restoration.
The organ pipes are all in the case below the piano. We are still trying to find out the history of this instrument but it is clear that various work has been done both the piano and organ over the past century or so. However it would appear that apart from the replacement of the foot-blown bellows and reservoir by an electric blower there have been only minor repairs to the action and pipework. Remarkably, the pitch of the organ appears to be entirely original as there is no evidence for alteration of the pipe lengths. This suggests that the piano and the organ have not been played together for a very long time as the piano has suffered somewhat from excessive string tension as the pitch has been raised. There is much more to be learnt from this instrument. I will be posting updates from time to time. In the meantime here are a few photos from the early stages of the restoration.
Translate »